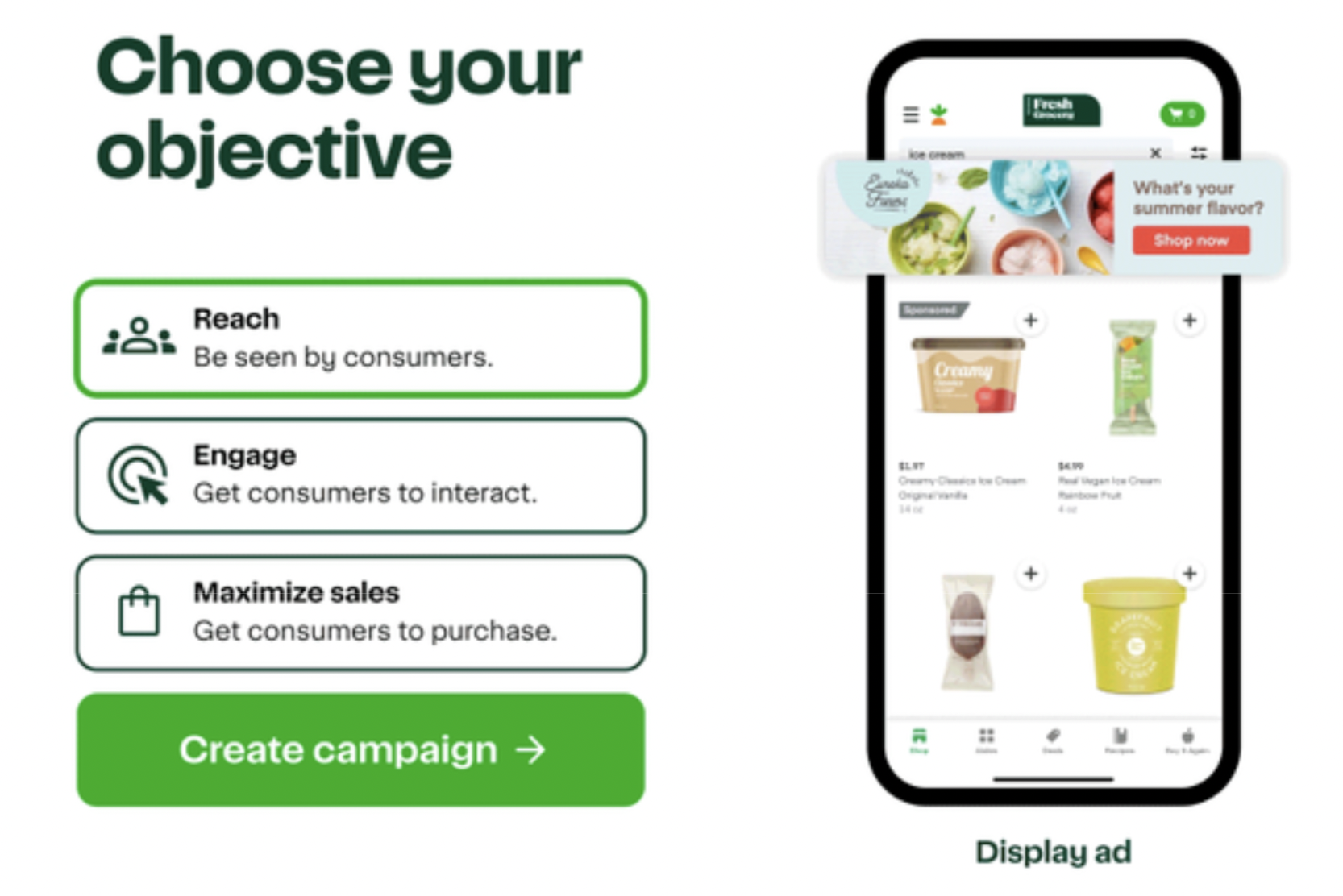 Instacart launched an objective-based framework for buying ads in its self-service portal, Ads Manager, on Wednesday. The goal is to automate the ad creation process in the same way that Google and Microsoft built their respective platforms to support advertisers.

According to the company, the objective-based framework represents a significant improvement in the way brands will purchase media.

Beginning today, advertisers will begin the campaign creation process by selecting an objective, which will simplify ad setup by reorienting their campaign around specific goals.

Brands using the new Ads Manager framework will see recommendations for ad formats, targeting, and bidding options to help them achieve their campaign goals, such as “reach,” “engage,” or “maximize sales.”

Simple – just sign up to Youhodler through this link.  (An exclusive offer for readers of this newsletter.)

What?  You haven’t heard of Youhodler??

5 Reasons to Run With Youhodler:

So what’s that targeting tip?

This will be useful if you’re running on Facebook.

Many affiliates tend to over-target.  Target broad instead – this can make a significant difference, and is giving us the best results right now.

COOL STUFF YOU SHOULD CHECK

TikTok announced a new campaign type for brands to further enhance their performance in the app.

Sounds familiar. If the new campaign type sounds familiar, it might be because it’s almost identical to Google’s smart and Performance Max campaign types which require advertisers to put their full trust into the platform’s AI and machine learning systems.

It’s completely hands off, with minimum input needed from advertisers to get started. Through leveraging machine learning, getting started with Smart Performance Campaign is as easy as it sounds. All you need is a marketing objective, budget, country, and creative assets to get started.”

Launch date. Smart Performance Campaign will be globally available for Android App Promotion campaigns at the end of the month, with more to come later this year for iOS and Website Campaigns.

FEATURED STM THREAD: Where Does All The PUSH Traffic Come From?

Have you ever wondered where all the push traffic comes from? There are dozens of PUSH networks and all of them claim to have literally billions of clicks in their inventory. But hey, there are just 7 billion people on the planet so how the hell can dozens of networks have a billion clicks each?You’re not the only one asking this question! Few days ago, one of our members asked exactly the same thing on the STM Forum. So how is that possible? It’s quite simple actually and there are several reasons behind this phenomenon.Want to find out what the reasons are? Check the thread yourself, the link is below.​