100 Most Important Social Media Demographics for 2022 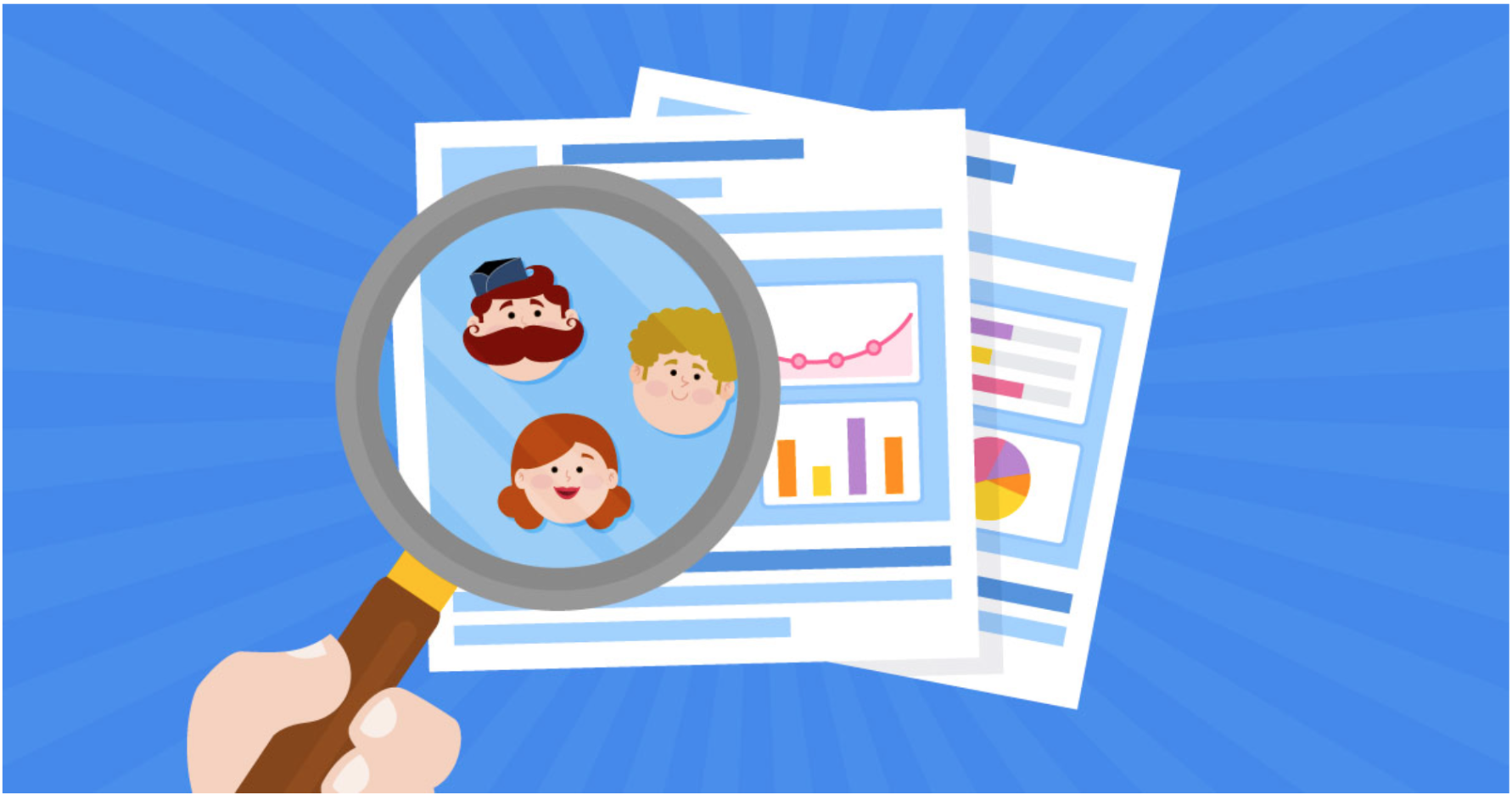 The demographics of each social media network are unique. TikTok, for example, is mostly used by Gen Z and millennials. LinkedIn, on the other hand, is tailored to people who are looking for work.

We’ll summarise the top 100 global social media demographics, and you can dive into the main piece for a full breakdown of Facebook, Twitter, IG, Linked In, Pinterest, TikTok, Snapchat & YouTube demographics and stats–lots of stats, and, graphs. 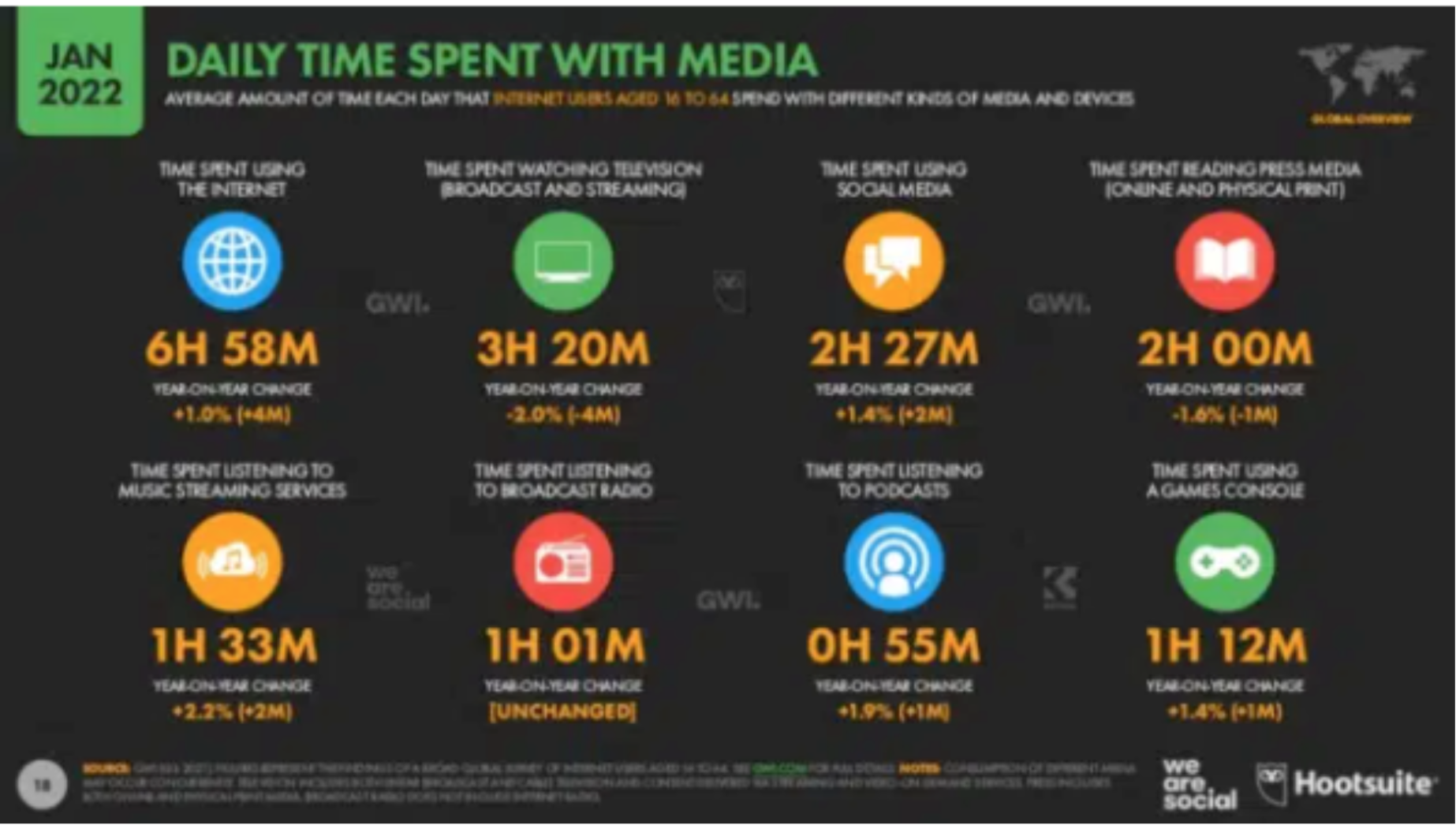 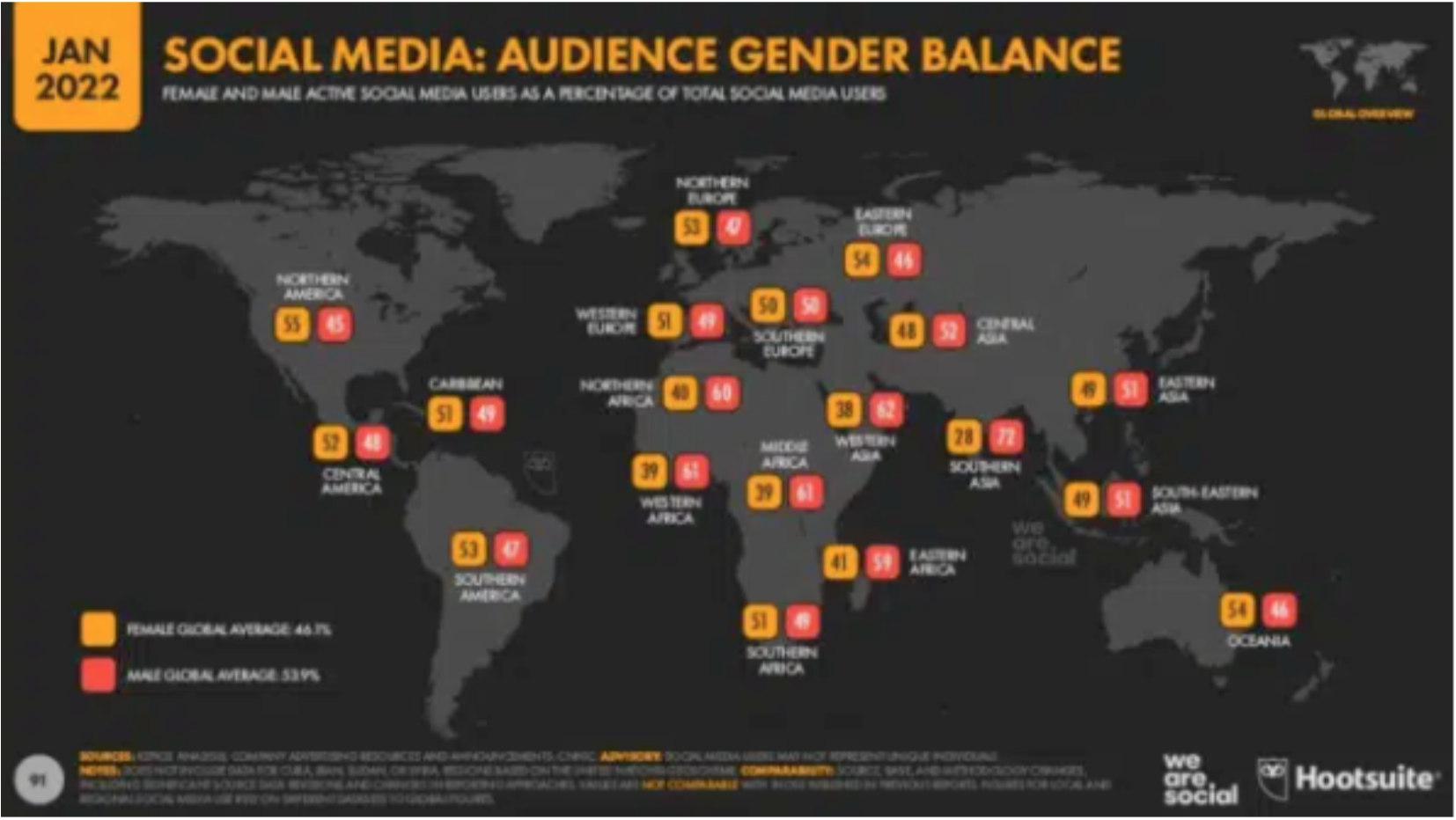 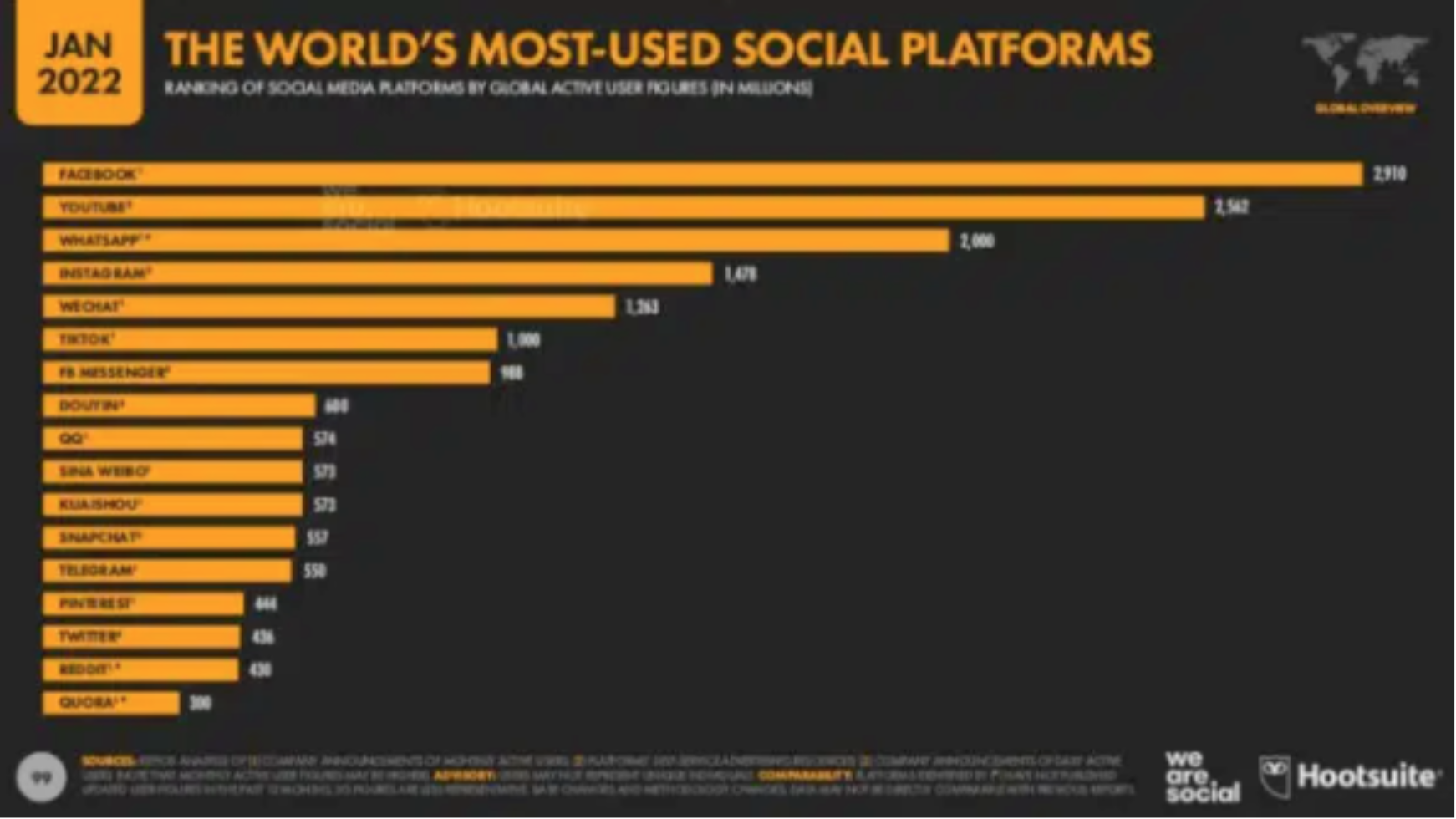 >> Do A Deep Demographics Dive Here <<

[SPONSORED] How to Get €800 Off Affiliate World Europe! 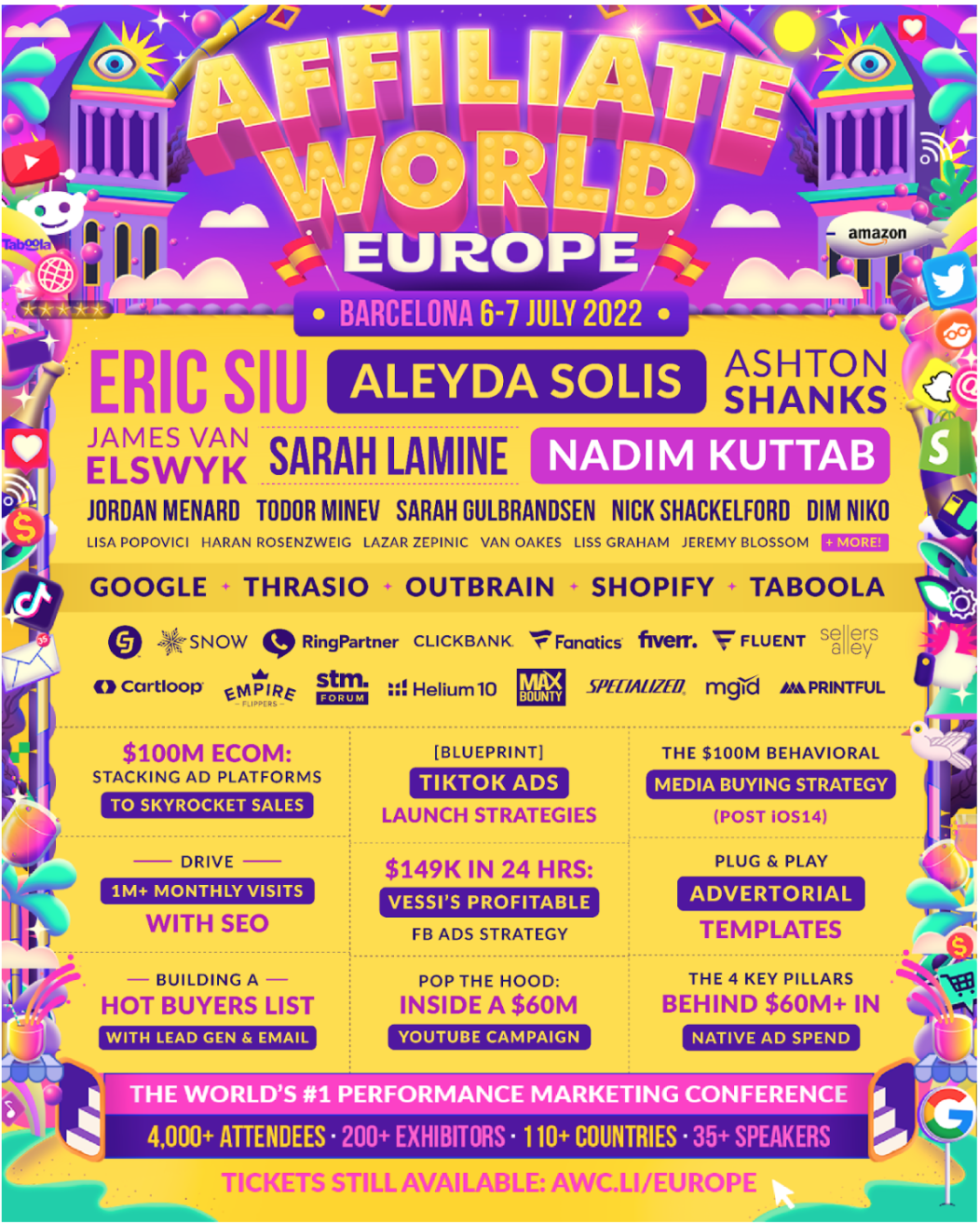 This is content geared towards performance marketers like STM-ers. Whether you want to learn more about building $100M ecom businesses or mastering TikTok’s sticky but tricky algorithm, their content always delivers.

For TWO action-packed days, you’ll be able to network with fellow STM Forum members IRL at booth C54 and discover campaign tactics that are usually reserved for mastermind groups. Watch your payouts skyrocket as 2022 really heats up. Save €800+ and buy tickets now.

STM-ers get an exclusive €800 discount off public pricing 👇

CVR – How Just a 2 Percent Lift in Ecommerce Conversions Can Grow Your Company by $72,000 – Read more link

Showerthoughts – No flat-earthers seem to live near the edge. /u/Dirgonite
Source: Reddit

TikTok has skyrocketed to the world’s most popular social media app with 1 billion active monthly users.

It even dethroned Google as the most popular web address in the world for the first time.

– According to Insider Intelligence, TikTok’s ad revenue is projected to triple this year to $11.64 billion, up from $3.88 billion in 2021, exceeding Twitter and Snapchat combined at $5.58 billion and $4.86 billion, respectively.

– Despite regulatory concerns over user data, the United States is expected to account for more than half of the social video app’s ad income this year, raking in nearly $6 billion.

– According to the analysis, TikTok’s global ad revenue could reach $23.58 billion by 2024, bringing it closer to YouTube’s $23.65 billion – an achievement that would put both video platforms at roughly 3% of the global digital ad market. Despite its amazing rise, TikTok still has a modest share of worldwide digital ad revenue, with Google accounting for nearly all of it.

Simple question, but not that easy to answer, right? We all have our favorites, but sometimes it’s nice to hear what the others think. And that was exactly what likely crossed “Rhino’s” mind when he started this thread a few days ago.

“I am already buying traffic from the majority of the push ad networks but I want to scale it further and I am looking to explore some more networks that I haven’t tried.

So, if someone’s buying traffic from multiple networks, can you list down your TOP 3 favorite push(traffic) networks in terms of traffic quality?”

Several members shared their opinion already… some of the most known networks were mentioned of course, but there were also some that you likely didn’t even know existed. Check the thread to see if you are missing any good ones and share your TOP3 too!