What is bitcoin? It’s digital money. It’s the new gold. It’s hot and everyone wants a part of it.

This is for those who are yet to understand the Cryptocurrency world.

By the end of this article, you’re going to either love it or hate it. 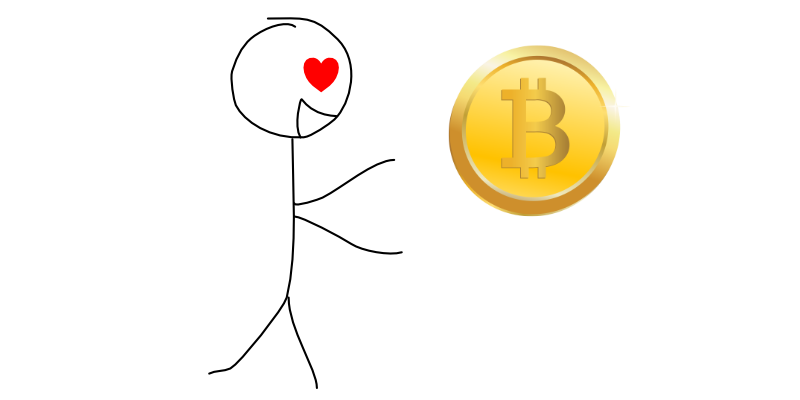 Currency means “money currently in use”. US dollars, European euros, Russian rubles, and the Chinese yen are all government created money known as “fiat currency”. “Fiat” just means an official order or authorization.

For approximately 4,000 years and across the globe, people used shells known as “cowries” as currency. They were beautiful, unique, and could not be manufactured.

Later (almost 2,000 years ago), in and around Egypt, wheat was used as a currency. Wheat, being a common and important part of our diet, was valuable, portable and exchangeable.

Today, governments authorize their bills as legit, and because we have faith in our governments and banks, we use their money. Ultimately, the worthless bills are just an idea backed by confidence.

Then you have cryptocurrencies. Crypto- is short for “cryptography”, a computer technology used for securing and hiding information, among other things. Cryptocurrency is defined as electronic money made with technology to:

The technology around cryptocurrencies effectively give them the same traits as regular, cold hard cash.

Cryptocurrencies are not made out of thin air. Instead, people have their computers work many hours and expend massive amounts of electricity to “mine” the digital money. They solve mathematical equations. More on that later…

Bitcoin was the first widely adopted cryptocurrency, and was created in 2009 by Satoshi Nakamoto. No one knows who Satoshi is, the developer could be a guy, gal, or a group of people. And here’s the kicker: Satoshi disappeared before bitcoin took off. No one has heard a peep out of “him” for years.

Bitcoin Versus The Dollar

Did you know that the American Bureau of Engraving and Printing (BEP) prints billions of US dollars each year? During 2016, the BEP delivered 7.6 billion notes to the Federal Reserve, that could be 1s, 5s, 10s, 20s, or even 100s totalling lots and lots of money. While it’s true that 70%+ of the notes that the BEP delivers each year are used to replace worn out ones, that still means approximately 30%, or 2 billion notes, were introduced that year!

Because the government creates all of our money, that means they also control it. If any country were in a severe emergency, the government could prevent you from accessing your money. For example, in June 2015, the Greek government froze all banks. They limited everyone to withdrawing only $67/day from their own accounts!

For Americans, this example hits closer to home: if you owe the IRS money and have not paid, they have the right to freeze your bank account and 15-21 days later take your money to cover your debt.

Enough with the fear tactics, let’s dig into bitcoin.

The purpose behind bitcoin is to allow one person to directly send money to another. This type of transaction is known as “peer-to-peer”. 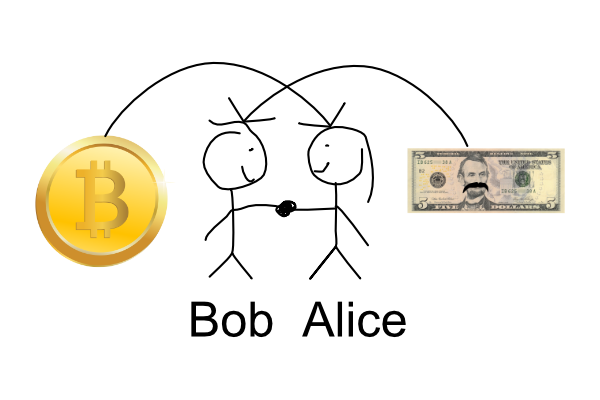 In other words, bitcoin allows Alice to pay Bob directly, whether they’re a block away or across the globe. Bob and Alice don’t need to use a trusted third party like a bank or Paypal to process their transaction. As you can see, peer-to-peer transactions are highly efficient.

And unlike US dollars, there are only 21 million bitcoin that will ever exist. Only about 16.7 million of which are available right now. The rest are slowly being created by the users of bitcoin.

Right…Now I want to bake me some bitcoin

How are bitcoin created? By a little process known as “mining” (and no it doesn’t involve underground caves, flashlights and pickaxes).

I’m going to explain bitcoin mining in 3 steps (keep in mind, this is very oversimplified):

All of this wild bitcoin technology was created by this unknown person called Satoshi. The unique advantage of that is that no bank or government creates or maintains bitcoin. In other words, banks and governments cannot control bitcoin and so cannot control its users. Okay… But what do I use bitcoin for?

What do you use bitcoin for, what are the benefits of it and why should you be interested?

First, a short disclaimer: Nothing published in this article is to be construed as financial, taxation, investment, legal or other advice. Nothing in this article constitutes investment recommendations nor should any data or content in this article be relied upon for any investment activities. Investing in bitcoin or other alternatives is highly speculative and the market is largely unregulated. Anyone considering it should be prepared to lose their entire investment. Disclosure: I own a variety of coins including bitcoin. Keeping that in mind, the following is what I’ve seen bitcoin used for.

Even though bitcoin was designed as electronic cash, its recent creation, lack of government control and unstable prices have caused western businesses to hesitate in accepting it as money.

That hasn’t stopped tech-oriented businesses like Bitpay and Coingate from popping up and allowing online businesses to accept and store bitcoin, as well as convert it into fiat currency.

A handful of larger companies, such as Overstock and Expedia, now accept bitcoin as valid payment. And you might have heard of supercar manufacturer McLaren accepting bitcoin, though it only seems to be the dealer in Newport Beach, CA who does so.

How do you actually pay using digital currency?

The McLaren dealership is accept bitcoin through the bitcoin service provider known as Bitpay.

The payment process is simple:

Lately, bitcoin has been taking the center stage in hyper-inflated countries like Venezuela. There, bitcoin has been unofficially adopted by the Venezuelans as a currency. Where a McDonald’s Big Mac might cost you one month’s wages in fiat currency, bitcoin has come in and provided a new opportunity at relatively fair exchange, since it’s not controlled by an unstable government or national bank.

While bitcoin has yet to receive widespread adoption for major transactions in North America and Europe, it has become a popular investment globally. Due to its unique technology and unregulated trade, investors have flooded in, creating volatile prices. It isn’t uncommon to see the price swing up or down by more than 10% a day.

And so, as I see it, these are the benefits of owning bitcoin:

OK, how do I get me some bitcoin?

Will that be cash or credit? 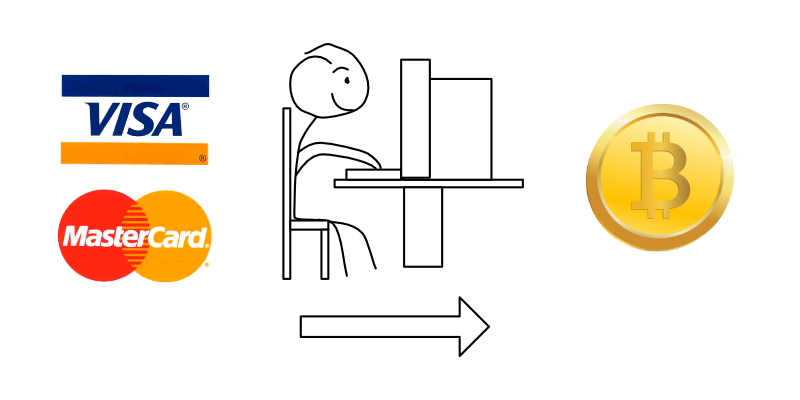 Occasionally you can find a bitcoin ATM, but most people buy it using a credit card or make the transaction directly from their bank account. It’s as simple as trading your dollars (or Euros, Rubles, or Yen) for bitcoin.

Despite bitcoin being rather expensive for a single coin, anyone can own bitcoin by simply buying a fraction of a coin.

The following are 3 common, simple tools you can use to buy bitcoin with a credit card:

Where do I keep them?

All three of those services have their own secure storage service, known as a “wallet”. But if you wanted to, you could handle storage using any one of the other dozens of bitcoin wallets available.

What I’m trying to say is, you’re responsible for your own bitcoin.

If your bitcoin is stolen, there is nobody to call to get it back, since there’s no authority or regulator over bitcoin.

If you’re a visual person and need more information on how to buy and secure bitcoins, I’ve created several detailed walkthroughs. Check out how I bought my first bitcoin.

To summarize, the government creates and controls money, known as fiat currency.

Bitcoin was created as an independent electronic cash, an alternative to fiat currency.

Bitcoin can be used to make big and small purchases, it is used widely as an investment vehicle and it provides an opportunity to escape from the financial collapse of some countries.

All of this comes at a cost. You must be aware of the security risks in storing and using bitcoin. You and you alone are responsible for your own bitcoin.

There are well over 1,000 cryptocurrencies available, and hundreds more on the horizon. If holding bitcoin isn’t your thing, you can diversify into alternative coins.

To learn more about bitcoin and other cryptocurrencies, check out Decryptionary.com. It’s the simplest crypto and blockchain dictionary with more simple walkthroughs to help you participate in the crypto-revolution. It’s more than just a dictionary; it’s crypto made simple.

Found this article helpful to understand bitcoin? Share it now with your family and friends who are still struggling with the concept.

Dani Amsalem is the founder of Decryptionary.com. He’s obsessed with sharing crypto and blockchain and wants to make sure it’s simple to understand.