Farming is a major industry in America.

However, this isn’t farming of the agricultural persuasion. Rather of the click variety.

Trading points for Amazon gift cards or cash, these Americans are arbitraging incentivised traffic from Netflix, NBC, Perk to generate extra cash in the beer fund.

This fascinating piece from Vice spoke to eight farmers to learn how to milk some of their own ad frauding cows.

So, what’s the game?

‘Serious’ US farmers have witnessed a major dip in earnings over the last 12 months after Advertisers cracked down. Now 100 phones could only make around $10 a day.

China, on the other hand, continues to be the mecca for click farms and continue to bank some serious ham.

Try and digest this: Up to 90 percent of the views of some of China’s most popular video sites are fake, according to reports.

We’re talking 1,000’s of devices simultaneously clicking and viewing content or downloading apps over and over again. They’re causing serious disruption to the online ecosystem.

Outside of inflating video views and boosting content to make them ripe for picking by advertisers, gaming apps are known culprits to manipulate store rankings and search results.

Using click farms is still seen as effective and relatively cost-efficient way of promoting an app to get results, fast.

While they’re illegal and companies like app stores like Apple are doing all they can to prevent ad fraud, they may struggle to keep up.

Because the Chinese are leveraging are even more hacks to game the system. Think incentivized Instagram pods, to the next level.

Massive-scale WeChat and QQ group chats are emerging that game the algo by downloading and reviewing apps organically for a small fee. That’s pretty damn hard to crack down on.

Will app store algorithms ever be able to keep up?

FOUND – Struggle with map orientation when you’re traveling abroad (or after a night out)? Google have released augmented reality maps, coming to the aid of those that are directionally-retarded ?️ — Read more

HACK – Apple are offering a huge bug bounty of up to $1M for finding vulnerabilities in iPhones and Macs. ? — Read more

UI – Facebook Business Manager is getting a facelift and is starting to roll out ?— Read more

HALL OF FAME –  Partial to a spot of football (soccer) banter? Like the sound of a custom-made trophy with your name on it and $500 cash? Not to mention carving yourself into the Affiliate Marketing Football Hall of Fame…It’s time to pick your fantasy football team and join the ClickDealer Cup. You in? ? — Read more 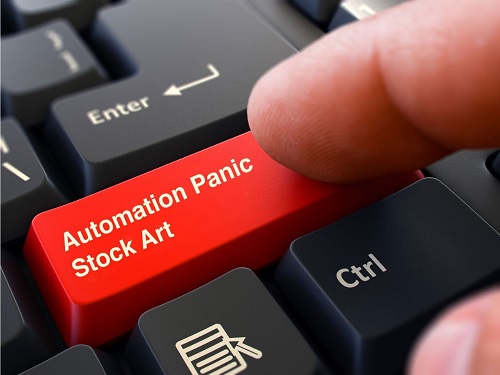 Many believe artificial intelligence (AI) poses a serious threat to a rather wide range of careers. It’s already happening, let’s take the automotive industry as an example.

Many of the processes are fully automated and it’s only gonna get worse, or better since many of the problems in production are caused by “human failure”.

But let’s be honest here, while the current tech is advanced enough to produce robots that can handle pretty much anything that can be pre-programmed, true AI is still in its infant phase.

Robots can follow programs, but they are not creative, at least not yet. Or are they?

This week, an interesting piece of news captured the internet. The Chase bank (J.P. Morgan Chase) entered a 5-year long contract with Persado, a company we have never heard of.

And this is where things start to get interesting. Persado is a New York based company that applies artificial intelligence to marketing creative. To put it simply, Persado uses AI to write ad-copy for their clients.

Hmmm… So AI writes ads now? We were pretty sceptical, maybe just as much as you were, but the news came with “evidence”. Let’s quote it here really quickly:

Ok, now this sounds like a strong argument! But let’s dive deeper into the topic. One example of ad-copy was shared in the news, both the “human” and “AI” versions. Check it out:

And this is where the “stone” fell from our chests, you could literally hear it hit the floor. Whichever way we look at this, this groundbreaking piece of news basically introduced standard affiliate split-testing to the world 🙂

Isn’t this what all of us media buyers are doing daily? Playing with words in order to get higher performing copy? Split testing all the variations to figure out which one is the best? Using all the common psychological tricks to get a better response from users?

Yup, that’s what we do. Affiliates, especially the performance focused part of us have been on the forefront of the online advertising industry for a while and looks like it’s gonna stay that way.

Chase might believe that AI is what they need, but to be honest, they might just need to hire better copywriters. And a bunch of affiliates to help them split test the ads. Agree? 🙂

In case you’ve been following the STM forum for a while, you would’ve certainly noticed some of Timotej’s (wakeboarder) posts/threads. All of them are very informative and packed with value, especially for those who can read between the lines.

And this week, Tim started another great thread that you simply DO NOT WANT TO MISS! This time, they (Tim and his biz partners) literally took it to another level. In order to focus fully on a new project they are working on, extreme measures have been taken 🙂

All of them changed location and moved into one house that they’re gonna spend the next 100 days in, focusing on all the important steps in order to succeed with the new product. And this experiment even got a name: Project Scaleship!

We’re watching this thread as hawks and you should too! 🙂