AD FRAUD IS A BIGGER PROBLEM THAN YOU THINK! BILLIONS ARE LOST EVERY YEAR! 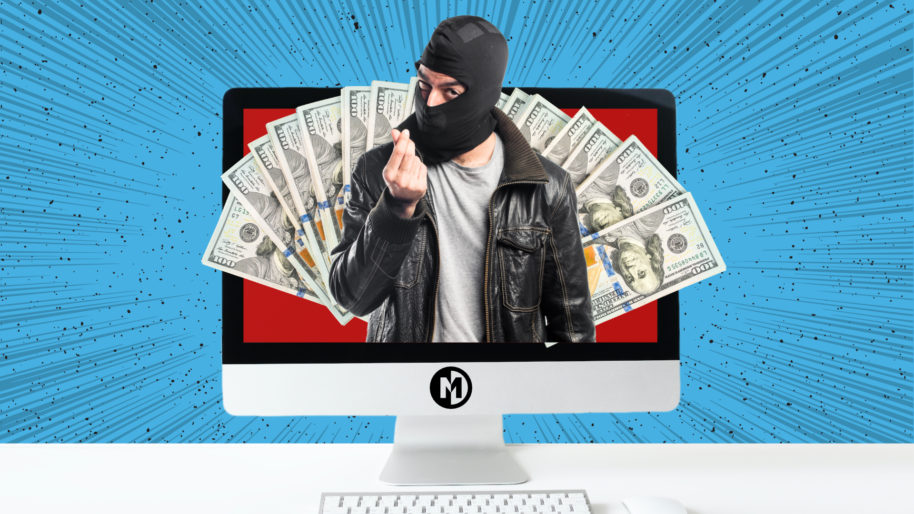 Let’s try to make a bet, how much $$$ do you think fraudsters steal from online marketers every single year? Couple millions? Or 100s of millions? It’s WAY more, unfortunately. According to a recent report released by “Cheg”, a military-grade security company, up to $23 BILLION landed in the hands of online fraudsters in the past 12 months.

And it’s gonna get worse:

But that’s still not the total loss. The $23 billion figure for 2019 is just the direct economic loss. The study suggests that indirect economic and social costs, whatever that means, might increase the total to $30 billion. And that’s a HUGE pile of money, whichever way you look at this.

Let’s put the numbers into perspective a bit.

To put it simply, 7.5% of all ads served in the online space never reach the human eyes. Bots, fake traffic, crawlers, and whatnot … that’s the sinkhole where all these impressions and clicks end in.

And it gets more interesting. There is a big difference between “high end” and “lower end” advertising channels. While the high-end platforms are subject to only 5% of ad fraud, it can go up to 50% or more in case of the low-end platforms and distribution channels.

Wondering what a high or low-end platform means in this context? Think about Google Ads or Facebook Ads, for example. These are high-end platforms and we can more or less count on them for sending us real visitors. But move into POPs, Push or even Native and the situation will change dramatically.

Every affiliate, including the STM & MRKTRS staff, can confirm the often ridiculously high % of BOT traffic we get sold by pretty much any POP network. Starting a campaign on a new affiliate-friendly source without running a BOT test equals to a slow suicide death.

Dealing with fake traffic is easily the most annoying thing in the life of an affiliate marketer. And looking at the huge $$$ it makes for the fraudsters, we seriously doubt it’s going to end anytime soon.

As the report pointed out, the problem is the lack of regulation and the fact that the ad industry players are economically incentivized to ignore the problem. Let’s face it, ad networks make their share, whether they sell us a real or a bot click. As long as it makes them money and the clients do not complain too much, they tend to look the other way.

So, in the end, it’s on us, the ad buyers! We need to push the ad networks into stricter policies when it comes to who they broker ad space for. They need to understand it’s in their best interest to screen their publishers better and stop reselling fraudulent clicks.

After all, at least in the performance marketing world, we are watching our returns and only pay as much as we can afford based on the final ROI. Cleaner traffic would result in higher returns per click and that could lead to higher rates that we would be willing to pay. So in the end, the ad networks would likely earn the same $$$ and the life of a marketer would become easier. Agree?

THE COMPETITION TO END ALL OTHERS MRKTR Hen Kinan makes it his duty every affiliate conference to create a spreadsheet of all major parties happening around the event.

With more parties and sponsors than he could keep track of, Hen stepped it up a notch and created a slick platform for MRKTRS looking to get on the list for the hottest affiliate parties.

Hen asked us to share his epic competition for the biggest affiliate parties around Barcelona at Affiliate World Europe.

(We really didn’t want to share this… It means more entries into a competition we badly want to win…? )

Ever wanted to be a baller at every party you walk into? Well, now you can.

You and a friend could be VIP at parties like Media500, Affiliate After Hours, AdBuyers Barcelona Meetup, ClickDealer, HugeOffers, PropellerAds, Advidi & more!

So… how do you enter?

1) Register free on ConferenceNights.com/#subscribe
2) Tag your +1 in the comments section of this post here

TRENDS – 51% of the world used the internet last year, up from 49% in 2017. Mary Meeker delivered her 333 page annual Internet Trends Report – the most highly anticipated slide deck in Silicon Valley ? — Read more

TRACKED – Facebook will pay you to let it monitor your phone usage. Which is ironic after they have just been caught out for “snooping” on 187k users with their Research App ? — Read more

BURNOUT – Here’s how to recover from burnout when you can’t take time off to recover.? — Read more

YELP – This is the story of the entrepreneurial Italian Pizza chef who stuck it to review site Yelp and hacked the algorithm like no other ? — Read more

One of the biggest benefits with the MRKTRS Facebook Group is how damn useful all of you are with recommendations.

When Loz Green asked “What’s the best podcast episode you’ve listened to?” The MRKTRS community had his back.

Here’s some top recommendations from the thread:

Whether you have a longhaul journey coming up or need to treat your ears to something fresh, indulge in some of the above!

Have any more recommendations? Head over to the original thread now

We all know that internet advertising keeps on evolving, year after year. What worked just 2 or 3 years ago, might be totally outdated by now and not worth your effort. But there is one thing about the past performers … you can learn from the old tactics used. Quite often, the old methods can still perform well, when adjusted to the current landscape.

That’s why we’re always happy when someone shares their successful campaigns on STM, whether they are fresh or years old. Those who can read between the lines, always get a lot of value from these threads.

And today we have the perfect example for you. One of our members shares his past success with torrent traffic. And it’s not a shabby attempt either, this guy managed to pull in $XXX.XXX profits with this approach. Check it out!