On January 28th, one of Australia’s wealthiest under-40 residents has been arrested and is facing up to 60 years in a US prison. Why should you care? Because Zhenya Tsvetnenko was the founder of the Mpire Tech (ex-owner of Mpire Affiliate Network) and the scam he has been involved in, had lot’s to do with SMS mobile billing. So here we have a person directly related to the affiliate industry, facing a really nasty sentence, if found guilty.

Let me emphasize one thing, so that none of you, current Mpire affiliates, get scared: The Mpire affiliate network is no longer owned by Zhenya or his companies. It was sold to a Canadian company, ClearPier back in August 2018.

So what did Mr.Tsvetnenko actually do to get him such unwanted attention from the authorities? Back in 2005, he launched an SMS Gateway service out of his bedroom and it was an instant success.

But then greed took over and Zhenya turned to the dark side. In order to up the revenue, they started to employ dirty tactics in 2011 and continued to do so at least until 2013. During this time, they allegedly scammed millions of customers for a total of almost $200m.

But as usual in cases like this, it comes back to the old saying: “Easy come, easy go.” A large part of the easily obtained scammy dollars has been blown on the lavish lifestyle of Zhenya and his wife, once known as the “Posh and Becks” of Perth. Lambos, Ferraris, private planes …

But that dream is most likely coming to an end. Even though Mr Tsvetnenko strongly denied all these allegations, we seriously doubt the US Attorney’s Office would file an extradition arrest warrant without very strong evidence. Seems like its Game Over for this “entrepreneur” It’s not difficult to see why Amazon is now one of the hottest ad platforms out there. They’re hyper-targeting based on past purchases, search data is game-changing.

Physical therapy centers wanted new patients > they targeted people near its offices who had bought knee braces recently on Amazon.

Financial services provider wanted to promote its retirement advisory business > targeted people in their 40-50s who had recently ordered a personal finance book from Amazon.

Amazon has been expanding a self-service option for ad agencies and brands to take advantage of its data on shoppers. Unlike Facebook with their third-party data, Amazon owns all of it.

This is all from an insightful write-up in the NY Times.

Can anyone tame the Amazon beast? If you can’t beat it, most definitely join it.

Here are two resources for more reading on Amazon:

– Discover the ad placements available on and off Amazon – check out here
– For MRKTRS running Amazon Ads already – here’s everything you need to know about the attribution models of Seller Central, Advertising Console and Amazon DSP attribution (they’re all different) – read more 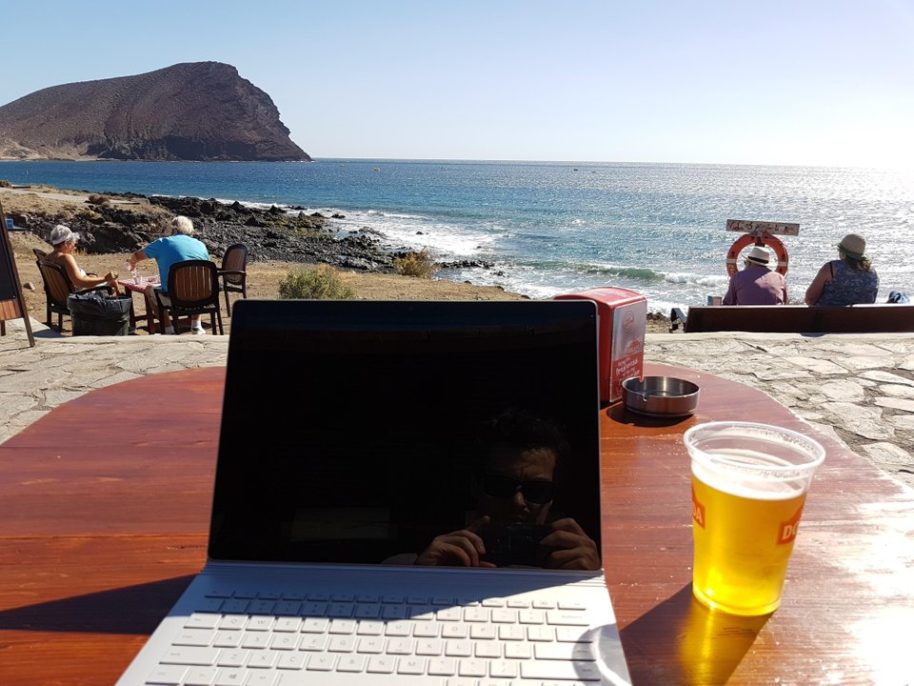 ENGAGEMENT – Buzzsumo analyzed over 777 Million Facebook posts to find the best type/time/day for Facebook posts, the optimum length and most engaging videos for 2018 – plus much more. ? — Check it out

INTERVIEW – Looking for ways to reduce your CPMs? Depesh Mandalia dishes up some hot tips in this exclusive interview at AWasia. ?— Watch Now

TRAVEL – Need some inspiration for travel? Want to discover hidden gems around the globe? Click ‘Explore’ on The Travel Pad to be transported to picturesque locations around the world  ?️ — Explore now

INTEGRATED – In case you missed the news, someone at Facebook leaked they’re looking to integrate WhatsApp, Instagram, and Messenger. They’ll still operate as separate apps, but will be deeply linked, allowing messaging between each platform. Integration is expected to be completed by the end of 2019. ? — Read more

Here’s how they formatted their presentation to investors:

This is all before diving into “the pitch” – the areas of opportunity, their long term vision and how they’ll achieve it with more funding.

Although they wrapped this up in 5 days across just 11 meetings, it took 28-year-old co-founder and CEO Mathilde Collin 4+ years of graft and building relationships with these VC firms.

This weeks STM thread recommendation won’t be about one thread, but rather a section that we have on the STM Forum. We call it the “Exclusive Discounts”. This section is not new and all kinds of companies are regularly posting discount codes for their products/services in it, for the STM members to take advantage off.

So why are we mentioning it now? Because we’re living in the PUSH notification craze and we didn’t want to stay behind. What we did, was instead of waiting for the push traffic networks to act on their own, we asked whether it would be possible to offer bonuses for our members. And guess what, they listened and delivered 🙂

Pretty much all the big players nodded to the idea, so now you can get top-up bonuses from PropellerAds, RichPush, PlugRush, MGID, Zeropark … Just login into your STM account and browse to the section linked below, to get the full instructions and discount codes.