[Newsletter] This is the VIP event of 2019. And you’re invited 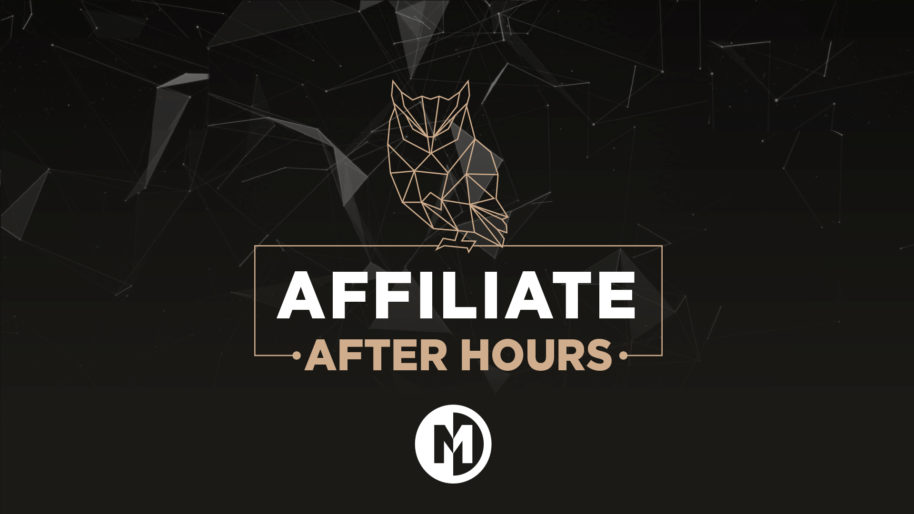 Heading to Barcelona for Affiliate World Europe in July? There’s often plenty going down when the sun sets, but AWC & STM have just made everyone’s decision that much easier for Night One.

> From 9-12am expect intensive networking. Meet up with old friends, make new ones, meet business partners, mentors, and everything in between.

> 12am onwards expect havok as the club opens to the public. Important: AWE attendees with a wristband retain VIP access.

Spots are limited. So RSVP ASAP to secure your wristband.

We’ll see you there!

NATIVE AD FORMATS KEEP GROWING, THOUGH AT A SLOWER PACE 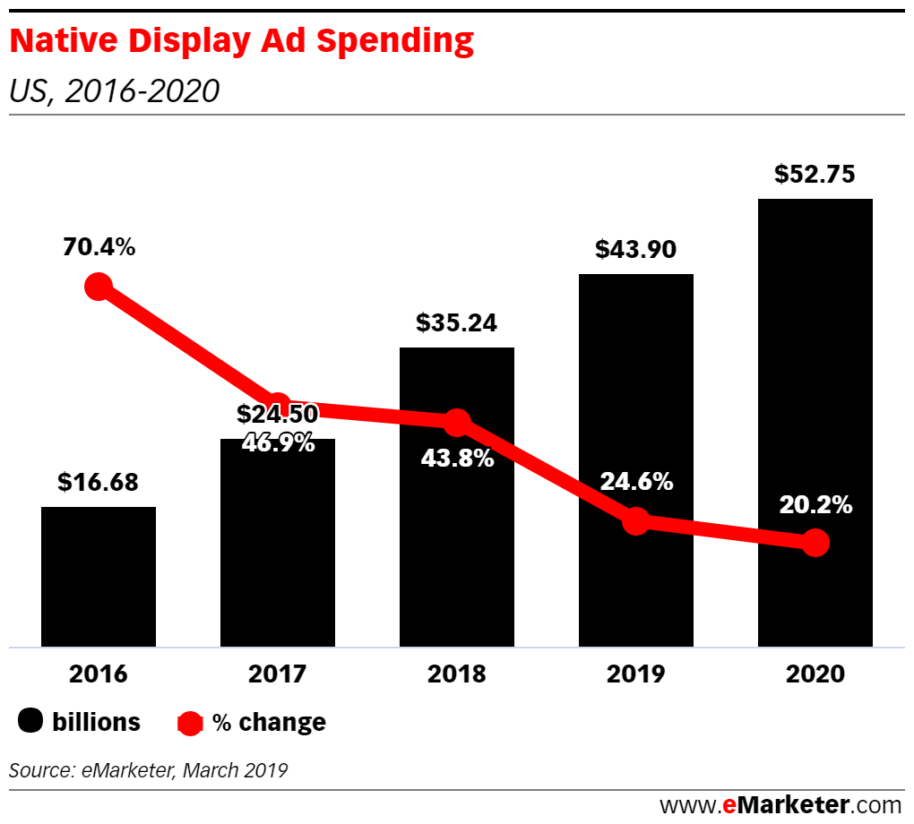 The trends in online advertising have been pretty clear for the past few years. Standard formats, such as display banners, are slowly losing ground to the more and more popular native ads formats. It shouldn’t really surprise any marketer, banner blindness has been a problem for years and often the landing page was unrelated. Something had to be done.

FUN FACT: Did you know that the native format was first used by an adult traffic network called PlugRush? They developed a trading/selling interface for “plugs”, which were basically just simple image/video thumbnails linked to similar content. The mainstream world adopted the idea and the rest is history.

But how big is the native ad industry? Let us share some past and forecast data, from the USA market alone:

The yearly ad spend keeps on growing year after year, but the growth rate is slowing down. These are clear signs of a healthy market that is getting mature and closer to its maximum potential. All signs are in favor of future growth, but it’s not going to be that dramatic anymore. But this is just USA, the growth in other GEOs can still be rapid.

While the yearly ad spend keeps increasing, the means of distribution pretty much remains the same. In other words, the typical native ad isn’t changing much:

“It’s bought programmatically from a social network and served to a mobile device,” said eMarketer principal analyst Nicole Perrin. “In many ways, this reflects broader display trends, but native ads are even more likely than display ads to have these characteristics.”

How about you? Are you utilizing the native ad formats in your affiliate campaigns? These formats certainly have a bright future ahead and the available volumes are simply mind-blowing. So in case you’re not working with native traffic, maybe it’s time to make it part of your portfolio.

KNOWLEDGE – What’s the key to making money and having success in your field? Arming yourself with specific knowledge, says Naval ? — Listen Now

STRATEGY – Birthday Ads – running them on Facebook? This valuable post in the Momentum Marketing Tribe will leave you scrambling for you Ads Manager ? — Check it out

TRANSLATION – Google Sheets now integrates with Google Translate to make for seamless translations. Perfect for translating your ad copy ? — See it in action

FREELOADERS – This beach club wants nothing to do with “influencers” in 2019. Here’s why ?️— Read more

UI – Light or dark? That’s the question. Here’s some UI tips on proper color schemes and what they each represent ?️— Read more

This is a beast of a case study for you Ecom MRKTRS, with Deividas Mikočionis from Sugatan revealing how they aggressively scaled an ecommerce business from $50k/mo in revenue to $520k+/mo at a 3.79x ROAS using Facebook Ads, in particular with the power of CBO.

Covering analysis, funnels, CBO, scaling and everything in between, here’s some of the key takeaways from the lengthy case study:

One of the most common questions about affiliate marketing goes like this: “Can anyone become a successful affiliate?” The answer is a YES, though not a guaranteed one, as certain characteristics have to be met and it has a lot to do with the mindset.

But one thing is clear, your professional background doesn’t have to be marketing related at all. Take this guy Justin and his STM journey as an example. Justin is an electrical engineer, which has little to do with marketing, right?

He joined STM in February and started his follow along in March. As all the members who started one, he received lot’s of advice from the moderators and other experienced members and guess what? Couple days ago, Justin reported his first GREEN campaign.

The numbers are low for now, as expected, but it’s a great start and things can only get better from here. STM helped Justin to reach is first success and it can do the same for you. Will you be our next success story? 🙂